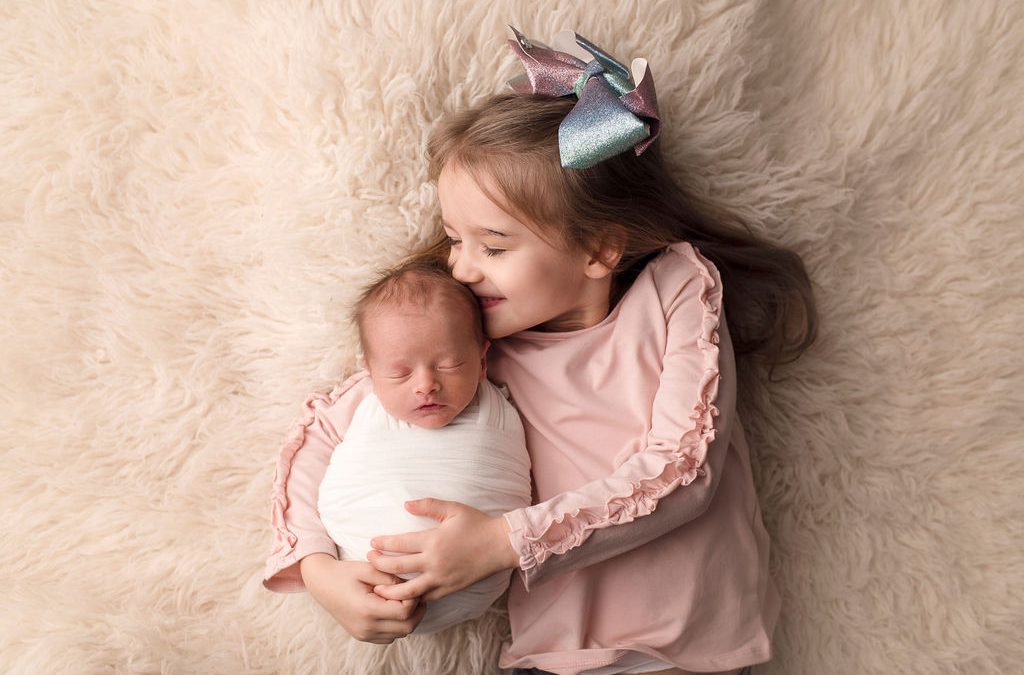 Oh my goodness, the most handsome little man came into my studio for his newborn session recently! Baby boy Mattis was an entire month early so I was surprised to get the phone call that they were ready for his newborn session, but happy to know that everything was just fine. Apparently, he was just excited to come into the world to meet his big sister and amazing parents.

Elliot is a former Marine and is now in the Air National Guard. The name Mattis is indeed for the Secretary of Defense, General James “Maddog” Mattis. Elliot and Erin feel strongly about serving their community and country. Elliot described General Mattis as a good man with a strong moral compass who has sacrificed so much for all Americans… traits he no doubt will teach his son and daughter.

I love to incorporate things for military families to highlight their service to our country, and Elliot had so much gear for me to work with. We used the Eagle Globe and Anchor pin from his Marine Corps days, as well as many flight patches from the Air National Guard.

Erin told us that Zoey was incredibly happy to be  getting a little sibling, and for her fourth birthday she opened up a blue gift that told them all they were having a boy. She was perfection during the sibling part of the session, and so proud to be a big sister and big helper!

Even though he was just over 5 lbs when he came in, this little guy had some back rolls! He also had some sleepy smiles for me and I was just in pure heaven during his solo part of the session. I hope I get to see some more of this awesome family over the years. Congratulations Erin, Elliot, Zoey, and welcome Mattis!

Raw Sugar Photography specializes in newborn, baby, maternity, child, family, couples, and lifestyle photography in Indianapolis, Indiana, and surrounding areas, including but not limited to, Fishers and Carmel.